This Joke is especially for Shane in First Year in class Fionan who needs a good joke every now and then! 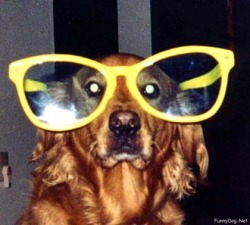 A man runs into the vet’s office carrying his dog, screaming for help. The vet rushes him back to an examination room and has him put his dog down on the examination table. The vet examines the still, limp body and after a few moments, tells the man that his dog, regrettably, is dead. The man, clearly agitated and not willing to accept this, demands a second opinion.

The vet goes into the back room and comes out with a cat and puts the cat down next to the dog’s body. The cat sniffs the body, walks from head to tail, poking and sniffing the dog’s body and finally looks at the vet and meows.

The man, finally resigned to the diagnosis, thanks the vet and asks how much he owes. The vet answers, “$650.”

“Well,” the vet replies, “I would only have charged you $50 for my initial diagnosis. The additional $600 was for the cat scan and lab tests.

Only the very best jokes make it into this hall of fame. Delight your friends and entertain the old and young with these jokes. By using these jokes you will win the respect of people who, up until now thought you had no sense of humour. These jokes can also be used as an ice-breaker on a first date. Any one of these jokes can be sprinkled into conversations to pepper them up.

No longer will you be thought of as boring or uninteresting but rather as a celebrated wit, quite the little comic.

Joke 1
A scientist and a philosopher were being chased by a hungry lion. The scientist made some quick calculations, he said “it's no good trying to outrun it, its catching up”.

Joke 2
Two muffins are in the oven.
One says to the other "God it's hot in here"
The other one replies "Oh no... It's a talking muffin" 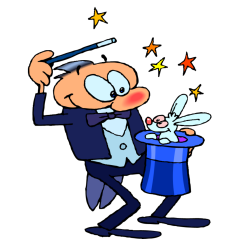 Joke 3
A magician was working on a cruise ship in the Caribbean. The audience would be different each week, so the magician allowed himself to do the same tricks over and over again.

There was only one problem: The captain's parrot saw the shows every week and began to understand what the magician did in every trick. Once he understood that, he started shouting in the middle of the show.

"Look, it's not the same hat!" "Look, he's hiding the flowers under the table!" "Hey, why are all the cards the Ace of Spades?"

The magician was furious but couldn't do anything, it was the captain's parrot after all.

One day the ship had an accident and sank. The magician found himself on a piece of wood, in the middle of the ocean, and of course the parrot was
by his side.

They stared at each other with hate, but did not utter a word. This went on for several days.

After a week the parrot finally said, "Okay, I give up.
What'd you do with the boat?" An atheist was taking a walk through the woods, admiring all that the "accident of evolution" had created. "What beautiful animals!" he said to himself. As he walked alongside the river, he heard a rustling in the bushes behind him.  He turned to look.  He saw a 7-foot grizzly bear charging toward him.

He rolled over to pick himself up but saw the bear, right on top of him, reaching for him with his left paw and raising his right paw to strike.

At that instant the atheist cried out, without thinking, "Oh my God! ...

Time stopped. The bear froze. The forest was silent. Even the river stopped moving.

As a bright light shone upon the man, a voice came out of the sky, "You deny my existence for all of these years, teach others I don't exist and even credit creation to a cosmic accident.  Do you expect me to help you out of this predicament?  Am I to now count you as a believer?"

The atheist looked directly into the light and answered, "It would be hypocritical for me to be a Christian after all these years; but, perhaps, you could make the bear a Christian?" "Very well," said the voice.

The light went out. The River ran again. The sounds of the forest resumed. And then the bear dropped his right paw ... brought both paws together ... bowed his head and spoke: "Lord, for this food which I am about to receive, I am truly thankful." 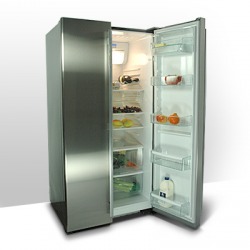 A 70-year-old man goes to the doctor's for a physical.
The doctor runs some tests and says to the man, "Well, everything seems to be in top condition physically, but what about mentally? How is your connection with God?"

And the man says, "Oh me and God? We're tight. We have a real bond, he's good to me. Every night when I have to get up to go to the bathroom, he turns on the light for me, and then, when I leave, he turns it back off."

Well, upon hearing this the doctor was astonished.

He called the man's wife and said, "I'd like to speak to you about your husband's connection with God. He claims that every night when he needs to use the restroom, God turns on the light for him and turns it off for him again when he leaves. Is this true?"

And she says, "That idiot, he's been peeing in the refrigerator!" 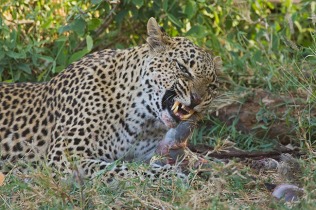 A wealthy man decided to go on a safari in Africa. He took his faithful pet dachshund along for company. One day, the dachshund starts chasing butterflies and before long the dachshund discovers that he is lost.

So, wandering about, he notices a leopard heading rapidly in his direction with the obvious intention of having him for lunch. The dachshund thinks, "OK, I'm in deep trouble now!" Then he noticed some bones on the ground close by, and immediately settles down to chew on the bones with his back to the approaching cat. Just as the leopard is about to leap, the dachshund exclaims loudly, "Boy, that was one delicious leopard. I wonder if there are any more around here." Hearing this, the leopard halts his attack in mid-stride, as a look of terror comes over him, and slinks away into the trees. "Whew," says the leopard. "That was close. That dachshund nearly had me." Meanwhile, a monkey, who had been watching the whole scene from a nearby tree, figures he can put this knowledge to good use and trade it for protection from the leopard. So, off he goes.

But the dachshund saw him heading after the leopard with great speed, and figured that something must be up.

The monkey soon catches up with the leopard, spills the beans and strikes a deal for himself with the leopard. The leopard is furious at being made a fool of and says, "Here monkey, hop on my back and see what's going to happen to that conniving canine." Now the dachshund sees the leopard coming with the monkey on his back, and thinks, "What am I going to do now?" But instead of running, the dog sits down with his back to his attackers, pretending he hasn't seen them yet ... and, just when they get close enough to hear, the dachshund says..................

"Where's that darn monkey? Sent him off half an hour ago to bring me another leopard."